November 23, 2017
Today is not the first Thanksgiving I have had in Massachusetts.

My Mother married my Dad when I was 13, and the trips to New England became a yearly tradition that we all looked forward to. We would stay at the Howard Johnson in Newburgh, New York on the way out. I remember the sunrises there, and my New Dad making the waitress cry when the corn was less than warm (he used the voice, which could be its very own blog). The trip itself was always and adventure, whether we were in the van that liked to catch fire or the big blue station wagon that had the spring in the seat exposed, causing it to poke me in the ..................let's say leg...........about 1000 times. As much as we enjoyed the journey, we were always grateful to arrive.

We had dinner at Aunt Ann's in Andover the first couple of years. The first time there my Mom had me try a new food, and only after I told her how much I like it did she tell me what it was.

If you don't know what it is, look it up.

My boys still won't try it.

But I love it!

By 1989 the annual feast had transitioned to Grandma Kay and Grandpa Newt's in Canton. My Mamaw had passed a few months before, so we brought my Papaw along for the trip. I will never forget the look on my mother's face when her very religious Daddy told a dirty joke over the turkey dinner. One of the many times I saw her face turn that red. And, regretfully, that was the last year I came with them. Although my children would later make the same trek and create their own memories with my parents, teenage priorities kept me home the following year, and I never made it back.

But back to what I was saying.

Today is not the first time I have ever had Thanksgiving in Massachusetts. But it is my very first Thanksgiving on Cape Cod. Two years ago, when Little Red and I first brought all three boys (and her cousin) to this place rich with history, it was the week before Turkey Day. But this year, as luck would have it, we celebrated on the Cape. And although I have missed having my oldest son here, today was a wonderful finale to an another week of creating new memories in New England. It feels like a second home, and we are already counting down the days til the next Cape Cod adventure begins.

Yesterday was a washout completely. We had planned to go see places we had never been, and set out to follow route 28 to Falmouth, then catch 6A and go all the way to Orleans before heading back to the resort. But driving rainstorms, high winds, and ponding on the roads made us cut back home after we go back to the Sagamore Bridge.

This morning, though, was different. After getting out breakfast I decided to walk down to the beach. As I stepped outside, I realized it was warm(ish). And so sunny, comparable to the awesome weather we had Tuesday. And there, on the horizon, I saw something I have been looking for all week - a real ship. Too far away to distinguish what type of ship, but definitely way bigger than the fishing boats and patrol boats we have been seeing. I took a picture or two. which you can see below.

I also took a bunch more photos of the water and the scenery. I am always taken aback at the beauty here, so I snap photos of it every chance I get. Later, Tiffany and Tanner joined me on our walk and we collected a few shells before going back to start cooking the feast. We finished our day off by going for our final Cape Cod drive of 2017, then came back and began to pack,. 4 am comes awful early, and we don't want to take the time to get our things together int the morning.

In 24 hours we will be in Mercer, PA, stopping for the night before we get home Saturday morning. After that, we will watch "The Game" and hope our friend Steve has to pay off on his end of the bet and that we do not. Stay tuned.

I am thankful for my Awesome wife. My Little Red Headed Warrior who takes on life and crushes it, no matter what it throws in front of her.

I am thankful for my 3 boys, who are all growing into good, respectable men. Watching them live their lives is and will continue to be one of the greatest joys in mine.

I am thankful for a Dad who chose us many years ago and now has chosen to pass this tradition down to us.

I am thankful to be the son of Linda Bromberg, whose spirit is so alive in this place that it almost feels like she is sitting here with me.

I am thankful for the other two people who are lucky enough to call her Mom as well. As different as 3 people can be, I am blessed that we all have grown into the friendships we now share.

And I am thankful for all of you, our support system, our prayer warriors, all the people we are lucky enough to call our friends and family. Thank you for being in our lives.

It is good to be me. 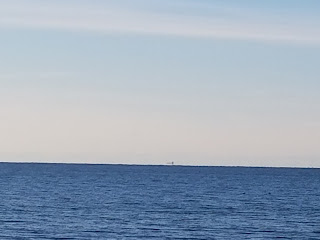 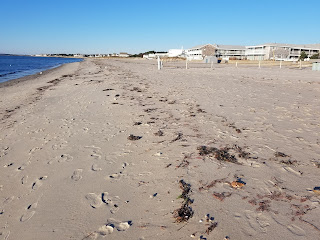 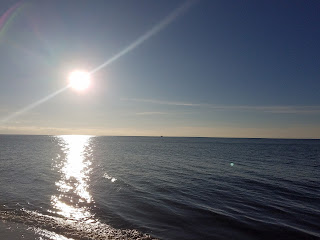 Popular posts from this blog

The Finger of God 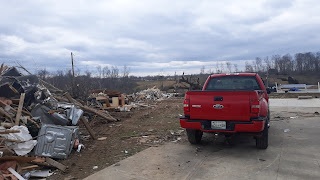 Have you ever seen the movie Twister? Released in 1996 and starring Helen Hunt and Bill Paxton, the movie followed a group of storm chasers as they got caught up in a harrowing day of following and escaping tornadoes. It was considered cutting edge for the way it depicted the funnel clouds and the scientists who do this everyday. Little did I know how, 24 years later, my work would bring me to a place in Middle Tennessee where real life imitated art, and my latest clients would be grateful to have escaped with their lives. Their story in just a moment.

First, I would be remiss if I did not mention the passing of an old friend recently. Kent "WiFi Guy " Pingel worked with me at Belfor, a job he affectionately called "The Dirty Gig". We crossed paths many times at various disaster zones all over the country, and his blog Ping WiFi chronicled his journeys, always looking for a good story and a WiFi connection. He was a brilliant writer and better friend, who always g…
Read more

A Roller Coaster of a Christmas Miracle 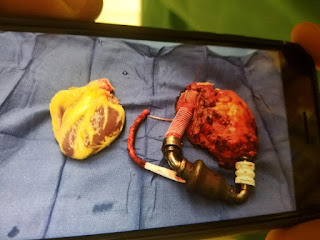 Earlier today, I posted The Pocketwatch as part of my continuing Christmas Tradition. And while that story is close to my heart, nothing can top my new favorite Christmas story about my awesome wife and her new heart she received 2 years ago this Christmas. It is a cool story, and A LOT has happened since, with more big things on the horizon. But I wanted to share what I wrote in 2017, 3 days after her surgery.

Before you read it, please be aware of three things:

First, I cannot express to you what I was feeling when she received her gift. That December, her health was going downhill. Her complexion was gray, there were dark circles under her eyes, and she was on oxygen. Everyday I woke up wondering is that was the day my heart was going to shatter. Going from that feeling to planning the rest of our lives with my very healthy wife has been amazing.

Second thing: At the end of this post there is a picture of both her old and new hearts together on the operating room table. It is not g…
Read more

What are you proud of?

October 17, 2019
I am going to be real open here about something. I have been struggling recently. Mostly an internal struggle, with outside influences. I will spare you the details because we don't have that kind of time. But with the blessings and the miracles my family has seen over the past few years, dealing with curve balls the way they have been coming for the last few months has made my strong and steady way of life a little....no, a lot....wobbly at times. Not complaining or asking for help. Just stating facts to set the stage.

I also will confess that our God works in mysterious ways. Not to sound to much like that guy who lives in Washington, but you know it, I know it, everybody knows it.

That's where a blast from the last comes in. Someone from my high school days. Back when I was a master debater (read it again) and wore my show choir tuxedo to school more often than not. Back when Brad Stefanov and I used to be best friends and run around in his Cutlass blasting 2 Live Crew thro…
Read more